GOLF…is a game that captured me for a number of my adult years.  Besides the joy of fellowship, being outdoors experiencing God’s creation, playing in numerous venues across this country and in Scotland, I found the game to really mirror life.  Other than the times with grandson Luke, my very special memories are playing at Augusta, Pebble Beach and the Old Course in St. Andrews.

As I was reflecting on my experiences, one came to mind. In the 70’s I was invited by my boss to join about a thousand others to walk eighteen holes at Belle Meade Country Club in Nashville and watch Arnie, Jack and Mason Rudolph play an exhibition round to raise money for Mason’s charity in Clarksville. We got to hear them discuss their shots, joking with each other, conversing with the crowd, making bets each hole, and so much more. It was truly unforgettable. 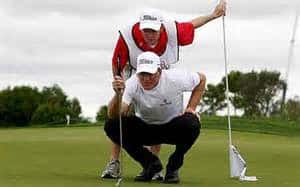 But one hole stands out. It was a long par 4, and each had driven well. It required a long iron or wood to reach the hole in two. A large tree near the green had to be maneuvered. Remember, they had never played the course. At that moment, all three men told the crowd how they were going to shape their shots. Jack chose to draw it around, Arnie selected a high fade, and Mason decided to go over the tree. They called their shots and each reached the green. I have never been more impressed. And I was up close and personal!

This memory reminded me of our Lord and His history of calling His shot(s) and executing them. All through the early history of Israel, He continually told them exactly what He was going to do, and as the Bible clearly reveals, He did just that. Good or bad, it happened just as promised. Unlike the three golfers that day, God has been doing it down through history. The prophets were God’s shot callers! Moses and Aaron in Egypt kept telling Pharaoh but he wouldn’t listen. Well, neither would Israel. God has been firing darts at the flagstick and all us should be amazed at His accuracy.

Try Abraham and Sarah’s pregnancy; boy did He nail that one! If you read Micah 5.2, the prophet went out on the limb and forecast a birth some centuries later in a little unknown Jewish village that would change the world forever. “But you Bethlehem Ephrathah, though you are very little among the thousands of Judah, yet out of you shall come forth to Me the One to be ruler in Israel, whose goings forth are from old, from everlasting.” Not only did he get it right, he aced it. What are the odds of pulling that off?

O, and do you think the biggest catch in Peter’s fishing life was spot on? Jesus directed Peter and the guys who had been shut out all night to cast their nets to the right side of the boat. Peter scoffed; there is no way You can pull off that shot. Double eagle for Jesus! And just as He was leaving to return to heaven (Acts 1.8), He executed a chip shot. He told them that Pentecost was coming in ten days and Joel 2. 28 was going to be fulfilled. Bingo! High fives all around! “And it shall come to pass afterward that I will pour out My Spirit on all flesh.” Have you read Revelation? He’s predicting the tournament victory! A new heaven, new earth, New Jerusalem; He’s returning. Believe it! And the crowds will be roaring; praise, honor and glory forever.

“Trust in the Lord with all your heart, and lean not on your own understanding; in all your ways acknowledge Him, and He shall direct your paths” (Prov. 3.5,6).

Jack and Arnie know how vital a great caddie is to them. Most will tell their player as they approach the ball to ’trust their swing’. Well, Jesus sent us the eternal Caddie, His Spirit. Tin Cup would tell you to listen to your caddie. Carrying your own bag, going it alone; it’s a recipe for disaster. Know the crowd of witnesses is watching, cheering you on. I would ask; can you trust Him with every detail of your life, to call the shots for you? If so, Victory is assured! And Jesus is our trophy!