Fathers, Are You Disciplining?

Fathers, Are You Disciplining?

This is part 2 of the ‘Offender Series’.

Welcome to the Be The Dad Podcast. This is John Wodka, father of two young men. And, when my boys were growing up we didn’t have a lot of training available on fatherhood.
Because of the significance that absentee fathers have had on American families, we’re engaged in the teaching from Abiding Fathers, specifically, the From Faith to Faith book and Study Guide. Abiding Fathers’ leaders have been going into communities and prisons to teach about fatherhood, where the effects of the absentee father have had a destructive impact. Join us as we interview offenders who have graduated in the From Faith to Faith curriculum.

Listen to what Gerald has gleaned from the curriculum. He grew up without a father, so learning about fatherhood and being embraced as a son was critical as he needed a model to follow. One of the biggest lessons Gerald learned was on the topic of discipline. After listening to the podcast, if you would like to find out more about what it means to engage in healthy disciplining of your children, here’s an excerpt on page 63 of From Faith to Faith:

It only takes a few months out of the crib until you find you are raising a sinner. Oh so cute but oh so selfish. “I want what I want and I want it now” is most children’s attitude. Correcting this takes skill, patience, and training. “My daddy whipped my butt and I’m gonna whip yours” does not always work and neither does ignoring poor behavior. Left unaddressed, severe consequences most often develop, if not now, then later. I’m talking criminal in some instances.

Dads, if you don’t discipline your children, they will have to find discipline elsewhere, even if it’s in a court of law. If you’d like to read more, download the ebook here. Stay tuned to Part 3 of the ‘Offender Series’. 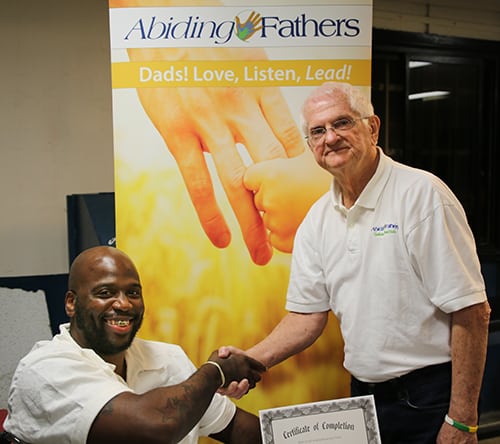 My Audio Wake Up by teru (c) 2014 Licensed under a Creative Commons Noncommercial Sampling Plus license. http://dig.ccmixter.org/files/teru/48170

It’s all about Jesus!