I love my mother dearly, but it is my father who is my role model. Honest and true, my father stands in my judgment as one of the greatest people alive.

Let me tell you of my father; he is wildly imperfect. He can get quickly annoyed and when he gets frustrated he yells loudly, slams doors, mutters under his breath, and becomes completely unable to ration with.

He can be stubborn and impatient and he is most certainly an enigma. He has a slightly dysfunctional family, which makes for plenty of crazy uncles and one crazy aunt to interact with and he and my mom can struggle immensely with communication at times.

But it is not the faults I first think of when someone asks me about my father. No, it is the stories that other people have told me of his kindness and gentleness, of his integrity and honesty, of his humble service and love for others. Moments he’ll never personally speak of or take credit for; but will instead be shared by others who were lucky enough to be a part of them. It’s these moments, moments I seldom witness first hand, that have radically impacted the way I think about my father. They fill my heart with the most love and joy and make me the most proud to be “daddy’s little girl”.

It’s not usually grand gestures either. Instead it’s a consistent stream of small instances that prove there is a love contradictory to the selfishness we often witness portrayed in stories across news stations. When I get discouraged by the tragic actions of those who take advantage of others and abuse their power, I rest in the knowledge that my father will undoubtedly put others before himself. It’s the small things that have made him my hero and it’s the small things that stay in my mind when we’re apart. 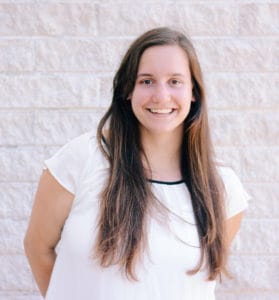