Effect of a House Devoid of Fatherhood

Effect of a House Devoid of Fatherhood

During and after the burning of a house, there is always the tendency for the house to collapse onto itself, which leaves behind remnants of scattered walls and the remains of the once useful roof. This is the simple manifestation of a child growing up, a yearning that goes unheard, in a household void of fatherhood.

A child can only survive this when the moral fabric of a society is brought to bear to mitigate the consequences of a childhood devoid of fatherhood.

Even though there was a father figure in my upbringing, there were some existential despair as related to my internal feelings when my thoughts raced back to as things were. Those thoughts and feelings were anchored on the disdain I had for my father’s assumed moral superiority over others. When my father initiated the idea of having me come live with him, at age 12, and having just seen him for the first time at age 11, he did not consider those I grew up with and the friends and the environment I was used to. There was no apology to me and to my grandparents as to why it took him so long to come searching for me. When I told my father I wouldn’t go live with him, he became angry and said I would never hear from him again. He kept his word, until desperate to pay my tuition fee, I had to swallow myself in the mud of shame to get the money I needed.

The causal effect due to fatherhood absenteeism in my life was compounded when I realized my birth was a mistake and that my father only came to see me when he couldn’t get a male child from his wife. The effect of my father’s absence has somehow led to intergenerational transfers of unfavorable circumstances; this is so because, in my case, I have this constant reminder of myself in my father’s image. I have consistently tried to distance myself from the image of my father’s behavior, sometimes leading to unintended consequences.

When a child is rejected as I was rejected by my mother and father, there is a built up anger. My anger towards my mother was subdued being that she was 17 years old when she had me. But my father was in his late 20s when I was born. His absenteeism and how he went about it, built up a silent anger that was surreptitious and tempestuous and which I tried for a very long time to quiet down despite its silent rupture. The more I think about his rationale for venturing into my life and his subsequent abdication of his duties as a father, I retreated myself to a shell of introversion where I created a valve to have my anger deflated. That silent anger in time created a conundrum environment where antipathy toward myself was born. What I ended up being as a man was lacking a solid confidence about myself.

But society sometimes has a way of building up confidence in those that lacked it. Being a member of a religious organization, my grandparents’ influence, academic environment and good friends in my life, I was able to build trust in myself and thereby regaining lost confidence. Also, over time, I came to learn how to mitigate my silent anger; cultivated some kind of friendship with my father, which really helped in deflating my anger. Prayers also played a pivotal role in neutralizing the hate I had toward my father. Today I am a better person than I could have been, but as most, I’m a work in progress. 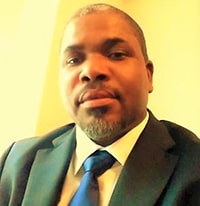 1 thought on “Effect of a House Devoid of Fatherhood”